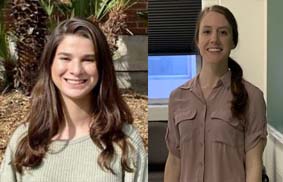 The department is pleased to announce the recipients of
the 2021 V.T. and Louise Jackson Summer Fellowship.

Maria-Jose Ferrer received her Bachelor’s Degree from University of
Hartford and is a member of Professor Russ Bowers’ research group.
Her research focuses on integration of ultrasonic atomization with
parahydrogen enhanced nuclear magnetic resonance as a means for
synthesizing hyperpolarized substrates for biomedical disease
detection and monitoring.

Angie Korpusik received her Bachelor’s Degree from University of
California, Berkeley and is a member of Professor Brent Sumlerin’s
research group. Her research focuses on using polymerization-induced
self-assembly to construct nanostructures for drug delivery.

In 2002, The Betty J. & J. Stanley Livingstone Charitable Foundation
established this fund as part of the V.T. and Louise Jackson Chemistry
Endowment. Vestus Twiggs “V.T.” and Louise Jackson were the
parents of Betty Livingstone. Originally from Georgia, V.T. earned his
doctorate from the University of Chicago. At the University of
Florida, he was a pioneer faculty member of the Department of
Chemistry and taught general chemistry from 1924 until his death in
1951. Specializing in physical inorganic chemistry, he did research in
Spanish moss and sodium carbonate reactions. Betty was also a chemist
and the Livingstones founded Livingstone Coating Corp. where Betty
developed successful applications of Teflon and other industrial
coatings in various industries. The Foundation was funded after her
death in 1986 and the UF endowment honors both Betty and her parents. 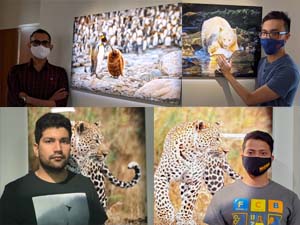 The department is pleased to announce the recipients of
the Dr. Howard and Brenda Sheridan Summer Fellowship awards.

Vineet Jakhar received his Master’s Degree from National Institute
of Science Education and Research and is a member of Professor Adam
Viege’s group. His research focuses on synthesizing tethered
tungsten-alkylidenes for the synthesis of cyclic polymers, in
particular cyclic polynorbornene.

This fund was established in 2008 by Howard M. Sheridan, M.D. and
Brenda Sheridan.  Dr. Sheridan earned a bachelor’s degree in
chemistry from the University of Florida in 1965 and Brenda a degree
in Journalism.  Both went on to have very successful careers and
Howard and Brenda have been long-time friends and supporters of our
department, their generosity extending back to 1981. As one of our
most successful alumni, we are extremely fortunate that Howard and
Brenda have again and again made the choice to give back to the
Department and the University. Dr. Sheridan has been a member of the
Department of Chemistry’s Leadership Board since 2011, when it was
established.  The fellowship recipients are pictured with their
favorite photograph from a collection of his nature photographs
contained within the Sheridan Auditorium in the new Chemistry and
Chemical Biology Building. 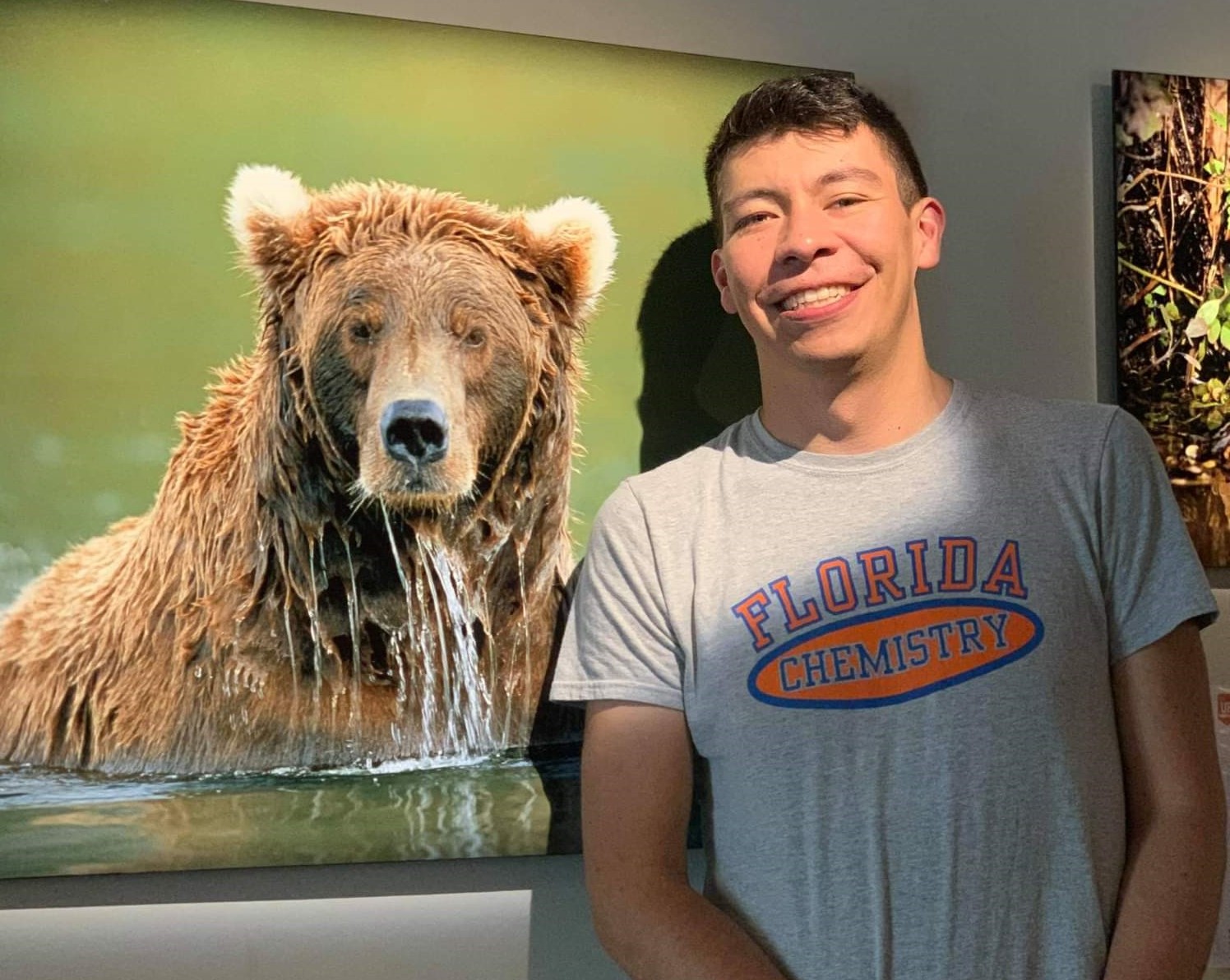 The department is pleased to announce that Juan Torres Gonzalez has
been awarded the 2021 Harry Sisler Summer Fellowship. Juan received
his Bachelor’s Degree from Universidad de Los Andes and is a member
of Professor Leslie Murray’s research group. His research focuses on
N2 activation by multiiron complexes.

Prof. Sisler moved to UF in 1956 and served as the Department Chair,
the Dean of CLAS, a Vice President at UF, the Dean of the Graduate
School, and the Director of Sponsored Research.  It’s hard to
imagine that someone could hold so many distinguished positions.  This
fellowship honors Prof. Sisler and his many contributions to UF. 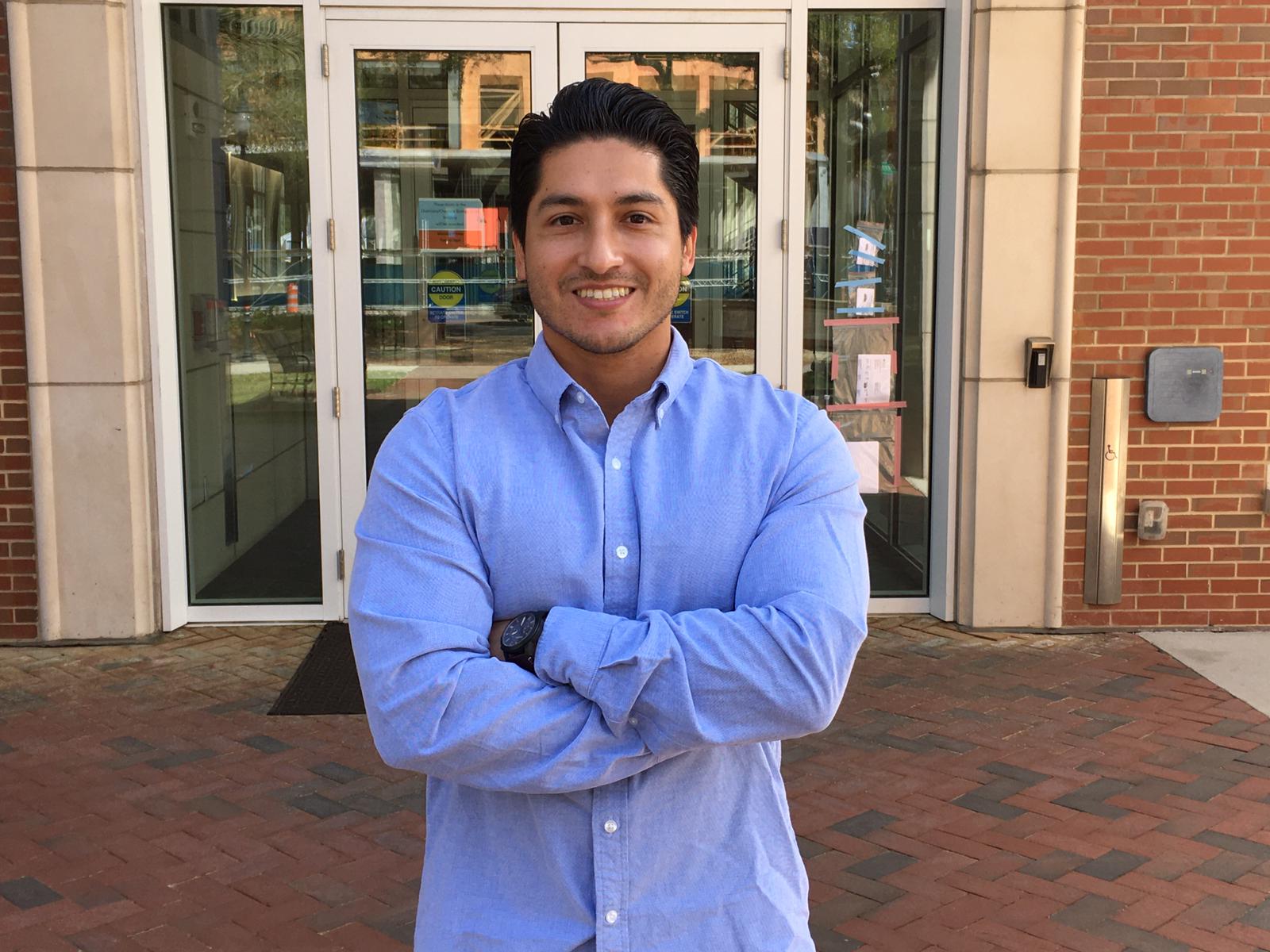 The department is pleased to announce Eddie Laguna has been awarded
the 2021 Maurice Moore Summer Fellowship. Eddie received his
bachelor’s degree from California State University, Fullerton and
his master’s degree from University of California, Riverside and is
a member of Professor Aaron Aponick’s research group. His research
focuses on the synthesis of analogues of a natural product for
applications against systemic lupus erythematosus and cancer.

This fund was established in 2007 by the estate of Dr. Maurice Lee
Moore and supports a student working in medicinal chemistry.  Dr.
Moore earned his bachelor’s and master’s degrees in Chemistry from
the University of Florida in 1930 and 1931, respectively.  After
earning a PhD at Northwestern University, he went on to have a
successful career at Winthrop Laboratories and Sterling Drug where he
served in a variety of high-level leadership roles before retiring in
1974.

The department is pleased to announce Ashlyn Hale has been
awarded the 2021 Ann R. Stasch Summer Fellowship. Ashlyn received her
Bachelor’s Degree from the University of Central Florida and is a
member of Professor George Christou’s research group. Her research
is in the field of molecular nanoscience and focuses on a bottom-up
molecular approach to Mn-oxo nanomagnets, relevant to applications
such as high-density information storage and spintronics, and involves
the synthesis of giant Mn-oxo tori of 4 nm dimensions and molecular
nanoparticles of Mn dioxide.

Ann R. Stasch established this endowment in 2000 to foster the
academic success of female graduate students studying chemistry. In
1956, Ann became the first female to earn a doctorate in chemistry
from the University of Florida. She also received her master’s
degree in chemistry from UF. After leaving Florida, she worked in
Georgia, Mississippi and California in agricultural research. She was
a professor at California State University, Northridge, where she
taught for 25 years. 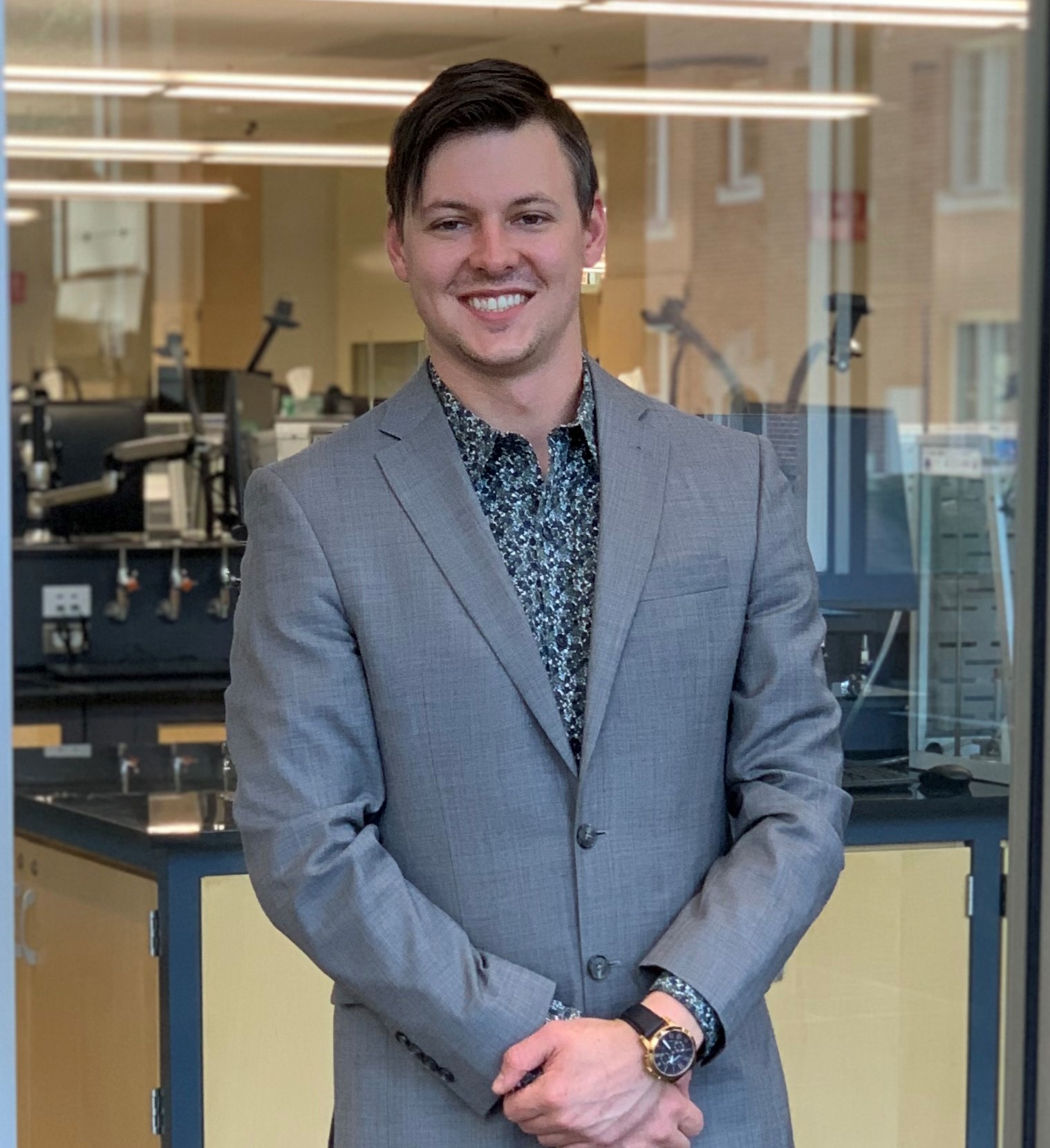 The department is pleased to announce Jonathan Specker has
been awarded the 2021 Charles and Monica Burkett Summer Fellowship.
Jonathan received his Bachelor’s Degree from Indiana University and
is a member of Professor Boone Prentice’s research group. His
research focuses on combining novel gas-phase derivatization
strategies with imaging mass spectrometry to provide enhanced
separation and structural characterizations for biomolecules related
to molecular health and disease. 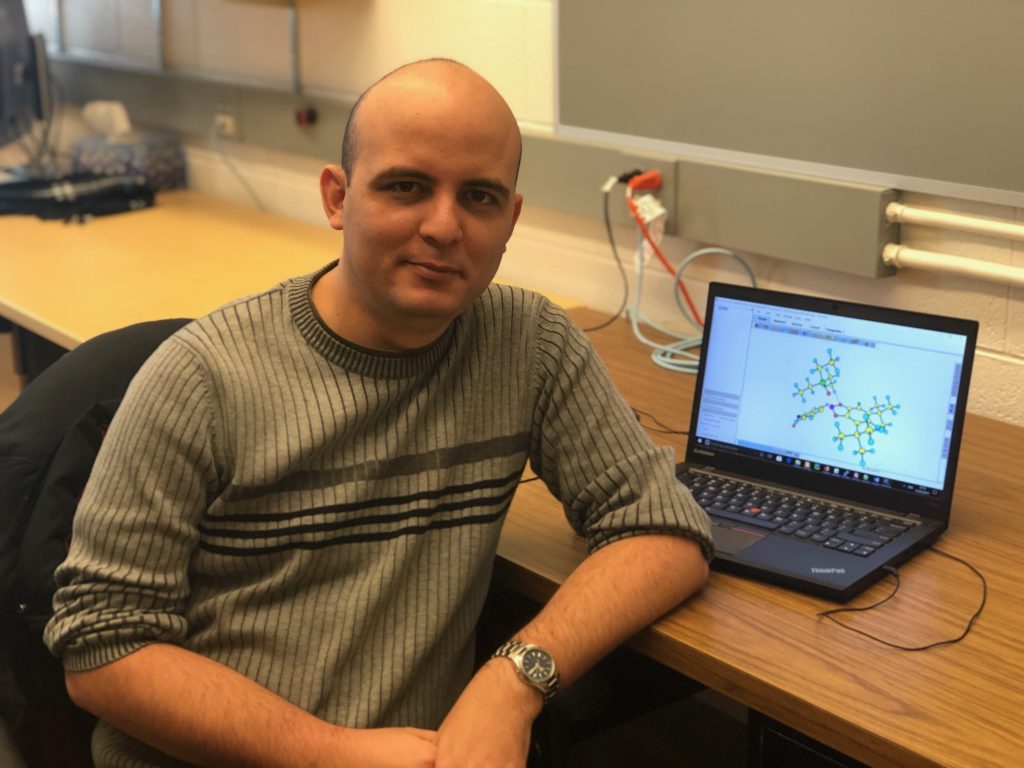 We are pleased to announce the recipients of the 2021 Tarrant Summer Graduate Research Fellowship. The endowment honors Prof. Paul Tarrant, a member of our department from 1946 to 1981, and this award promotes outstanding research for graduate students working in the division of Organic Chemistry.

Amanda, who received her bachelor’s degree in Pharmacy from The University of Campinas, is a member of Prof. Ronald K. Castellano’s research group and is working on the synthesis and structure-reactivity investigation of small molecules active against HER family overexpressing breast cancer cells.

Shengkang, who received his M.S. degree in chemistry from University of Alberta, is a member of Prof. Aaron Aponick’s research group and is working on the synthesis of axially chiral imidazoles and related imidazole-based catalysts development. 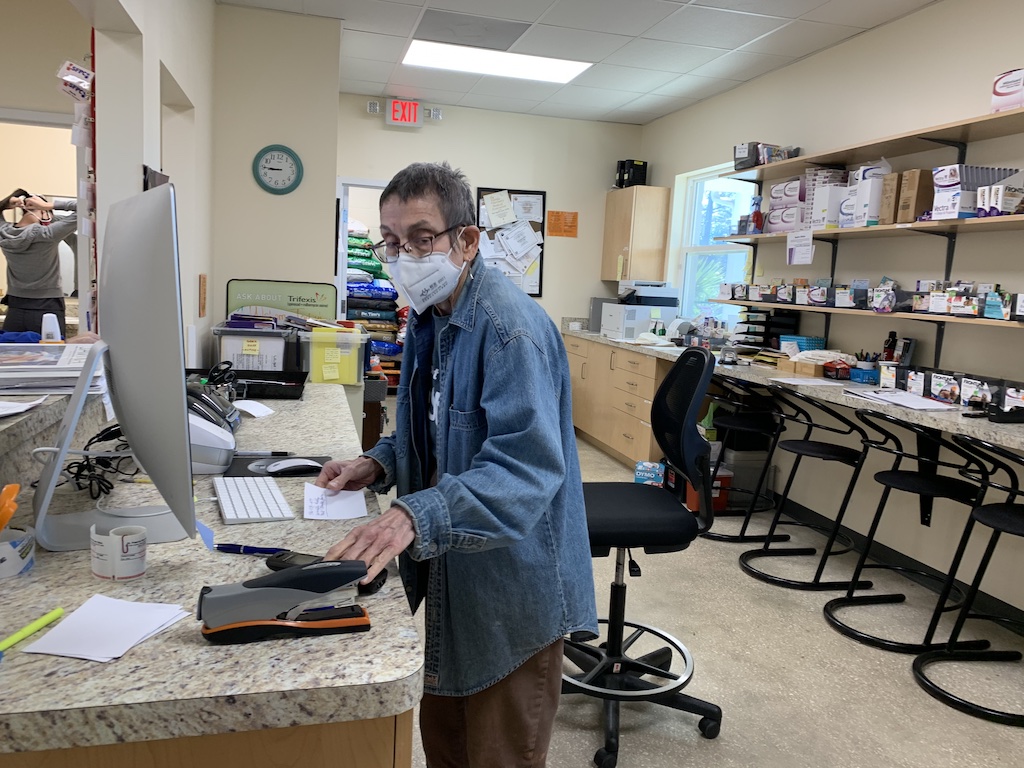 You can read the full article here: https://www.wuft.org/news/2021/04/16/age-is-just-a-number-at-least-for-kathryn-kitty-williams/ 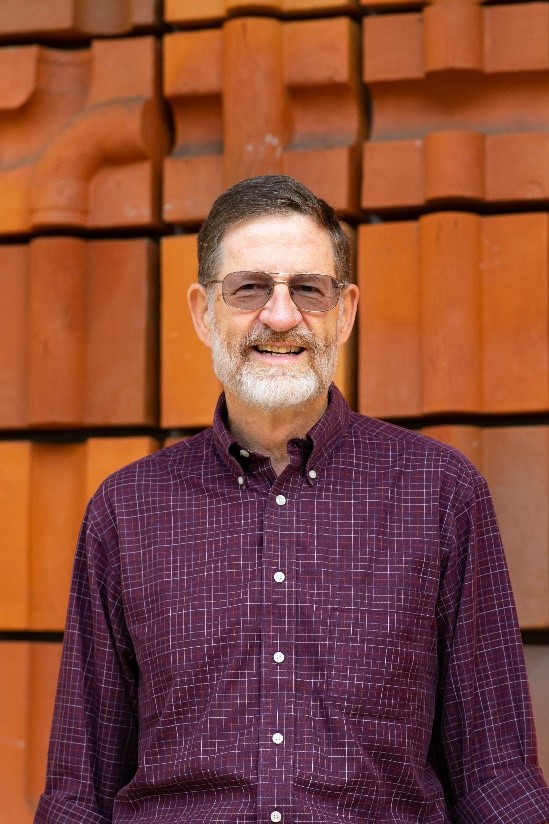 Professor Rick Yost has been awarded the 2021 Pittsburgh Analytical Chemistry Award. Dr. Yost is University Professor and Head of Analytical Chemistry at the University of Florida and directs the Southeast Center for Integrated Metabolomics and the NIH National Metabolomics Consortium. He has received the ASMS Award for Distinguished Contribution in Mass Spectrometry, the MSACL Award for Distinguished Contribution to Clinical Mass Spectrometry, and the Florida Academy of Sciences Medal.

Professor Yost is widely recognized as a world leader in the field of mass spectrometry and analytical chemistry, most notably for his invention of the triple quadrupole mass spectrometer, which has revolutionized important measurements impacting human health and well-being in the fields of drug metabolism, pharmacokinetics, environmental studies, and biological analyses. He has also pioneered the development of other instruments now widely used in commercial systems, including the ion trap, laser microprobe, and ion mobility tandem mass spectrometer. For these seminal and groundbreaking contributions, the Society for Analytical Chemists of Pittsburgh is proud to confer this award.

The department is pleased to announce the recipients ofthe 2021 V.T. and Louise Jackson Summer Fellowship. Maria-Jose Ferrer received her…