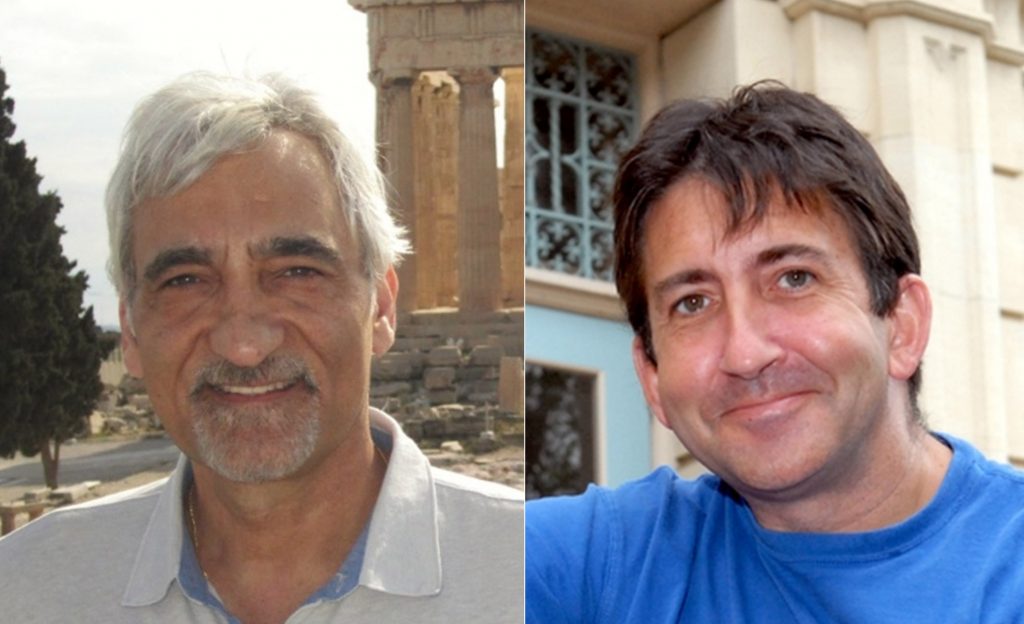 The Department of Energy has awarded an Energy Frontier Research Center (EFRC) to UF. The application, spearheaded by UF physics professor, Hai-Ping Cheng, is funded at the level of $10.5M over four years. DOE awarded 42 new EFRC?s in its latest solicitation, and UF?s was the only one led by an institution in Florida; it becomes one of only two centers in the whole state. It is called the Center for Molecular Magnetic Quantum Materials (M2QM), and began officially on August 1, 2018. The center involves UF Chemistry (George Christou, John Stanton), Physics (Hai-Ping Cheng, Art Hebard, Neil Sullivan, Samuel Trickey, Xiaoguang Zhang), and MSE (Richard Hennig), as well as Caltech, the NHMFL (FSU and Los Alamos National Lab), and UCF. EFRC?s are established to target the DOE Office of Science?s basic research aims, which are to develop future technologies for the grand challenges of an energy-demanding world. M2QM targets quantum magnetic materials at the molecular scale, i.e., nanoscale magnetic materials possessing various exotic quantum properties important to new 21st century technologies, including quantum tunneling of magnetization, and quantum superposition and entanglement states. 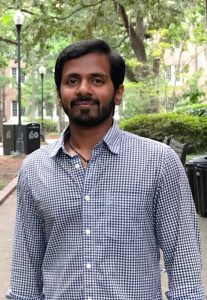 The William R. & Arlene F. Ruegamer Scholarship Fund recognizes overall excellence in biochemistry research. We are pleased to announce that the recipient of this year’s Ruegamer Biochemistry Awards is Prabhanshu Tripathi. Prabhanshu is a member of Prof. Bruner’s research group and studies the self-resistance mechanism of bacteria linked with colorectal cancer. Congratulations Prabhanshu!

We are pleased to announce that the 2018 M. A. Battiste Award for Creative Work in Synthetic Organic Chemistry, sponsored by Petra Research, was awarded to Eddie Laguna. The award recognizes excellence in synthetic organic chemistry by a 3rd year graduate student who has completed their oral qualifying examination. Eddie?s work is focused on the design and synthesis of biologically-active natural product analogues for their application in autoimmune disease treatments. Congratulations Eddie!

“The Vala Research Award, bestowed biannually and interleaved with a companion Vala Teaching Award, recognizes creativity and originality in research. Research proposals orthogonal to the students current PhD direction are submitted both in writing and as a live presentation are evaluated objectively by a the awards committee. After rigorous competition and scoring, the 2018 recipient of the Vala Research Excellence Award goes to: Yunlu Zhang, from Prof. David Wei?s research group. Yunlu proposed a game-changing idea for the use of Aluminum nanoparticles, coupled with novel passivation and linkage schemes, to enhance Raman spectroscopy and surface catalysis, This concept, if viable, would drastically decrease the cost and increase the availability of SERS substates. Kudos Yunlu!” 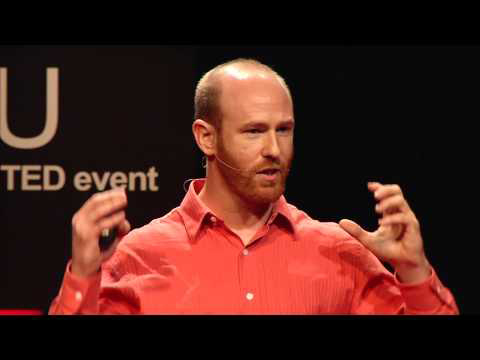 The Chemistry Department welcomes Dr. Alberto Perez to the Physical Chemistry division to contribute to the strengths of the department in computational models of macromolecules. Dr. Perez got his PhD in the University of Barcelona (Spain) under the supervision of Modesto Orozco and F. Javier Luque. He later joint Ken Dill?s lab first at UCSF and then at Stony Brook university as a postdoc and later as a Junior Fellow/Research Assistant Professor. Dr. Perez?s research focuses on the integration of experimental data (e.g. EPR, cryoEM, solid state NMR) into physics based simulations of proteins, DNA and their interactions with other molecules. Ultimately, his goal is to help determine structures of macromolecules and understand their mechanisms of action and pathways.
Dr. Miguel Angel Mendez Polanco is a chemist trained in computational and experimental techniques, interested in various problems at the interface of Chemistry, Physics, and Materials Science. He earned his PhD at the University of Pennsylvania, and performed postdoctoral work at MIT (MechE). His work includes computational modeling of materials (bulk, surfaces, and interfaces) for the study of their structure/electronic properties with focus in energy-related problems, catalytic processes, and design principles of electronic devices. He is also passionate about education and teaching, and his past experience includes MIT, Vassar, and Lafayette colleges. Dr. Mendez Polanco will join our department in Fall 2018 as a Lecturer. 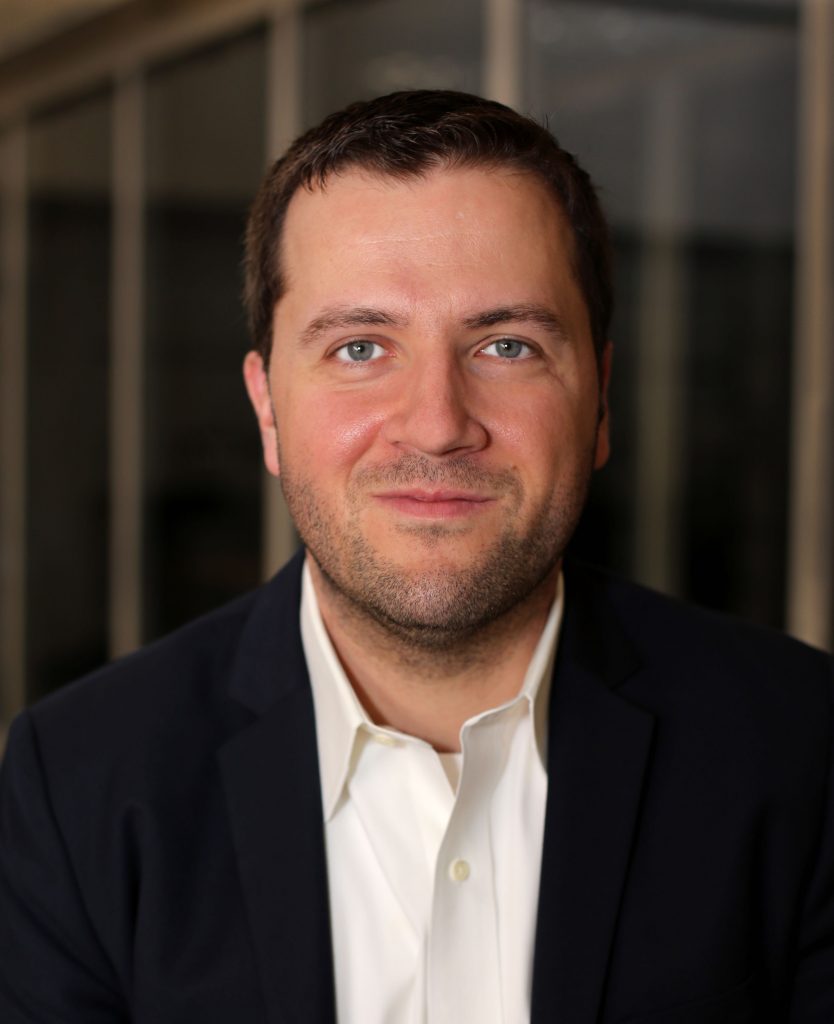 The UF Department of Chemistry is excited to welcome Dr. Matthew Eddy as a new assistant professor in the divisions of chemical biology and physical chemistry. Dr. Eddy earned his undergraduate degree at Oberlin College, mentored by Professor Manish Mehta, and his Ph.D. at the Massachusetts Institute of Technology in the laboratory of solid state nuclear magnetic resonance (NMR) pioneer Professor Robert Griffin. Dr. Eddy was an American Cancer Society Postdoctoral Scholar in the laboratories of Nobel Laureate Professor Kurt Wuthrich at The Scripps Research Institute and Professor Raymond Stevens at the University of Southern California, where he leveraged an integrative structural biology approach to gain fresh insights into the functions of human G protein-coupled receptors (GPCRs). Research in Dr. Eddy’s group at UF will focus around developing new tools for investigating the functions of human GPCRs and other cell surface receptors directly in their native environments, with a crucial role for advanced NMR spectroscopy applications. According to Dr. Eddy, the human proteome contains 826 different GPCRs, which control a wide array of physiological processes that make them one of the largest protein families targeted by FDA approved drugs. By investigating the structures and functions of GPCRs directly in their native environment, Dr. Eddy’s group will investigate how the synergy among human drugs, their receptors, and their cellular environment can be rationally controlled to develop new therapies. 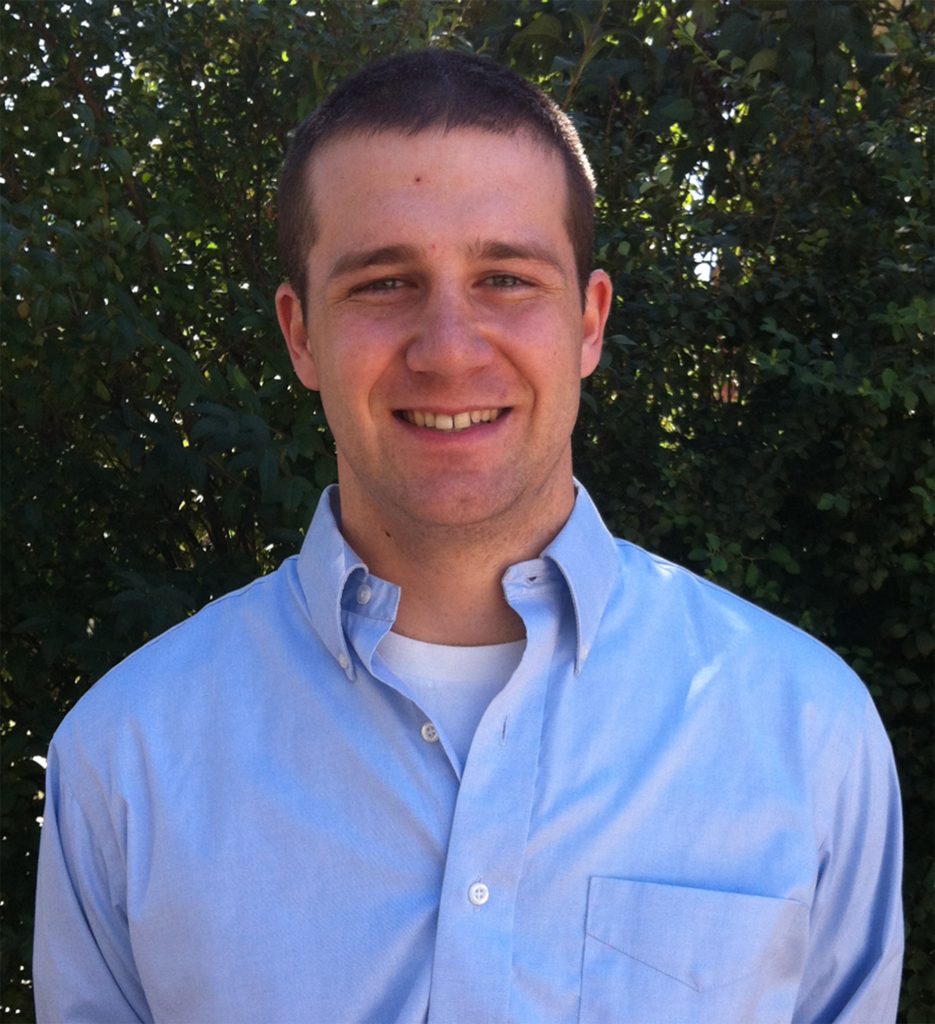 The Department of Chemistry is pleased to announce that Dr. Boone Prentice will join the University of Florida this fall. Professor Prentice received his Ph.D. in Chemistry from Purdue University under the mentorship of Professor Scott McLuckey. He then worked as a postdoctoral research fellow in the Department of Biochemistry at Vanderbilt University with Professor Richard Caprioli as a Ruth L. Kirschstein NRSA postdoctoral fellow (NIH F32). Research in Professor Prentice?s group will focus on using next-generation bioanalytical mass spectrometry to better understand the molecular basis of health and disease. Specifically, he will focus on developing imaging mass spectrometry technologies that leverage novel instrumentation and chemical transformations to enable the visualization of biochemical processes directly in tissue specimens. By combining the chemical specificity of mass spectrometry with microscopic imaging capabilities, Professor Prentice?s lab aims to understand the molecular events associated with important problems in human health, including cancer, infectious disease, and diabetes.

A research paper from the Wei group has been published in JACS. The article titled “Cooperation of Hot Holes and…

A collaboration paper from the Wei group and Angerhofer group has been published in JACS. The article titled “Manipulating Atomic…

Congratulations to Jordan Levi and Guancen Liu who have been named co-recipients of the 2019 Keaffaber Scholar Award. The award…
Scroll back to top